Climate Action: It’s about the planet and the people 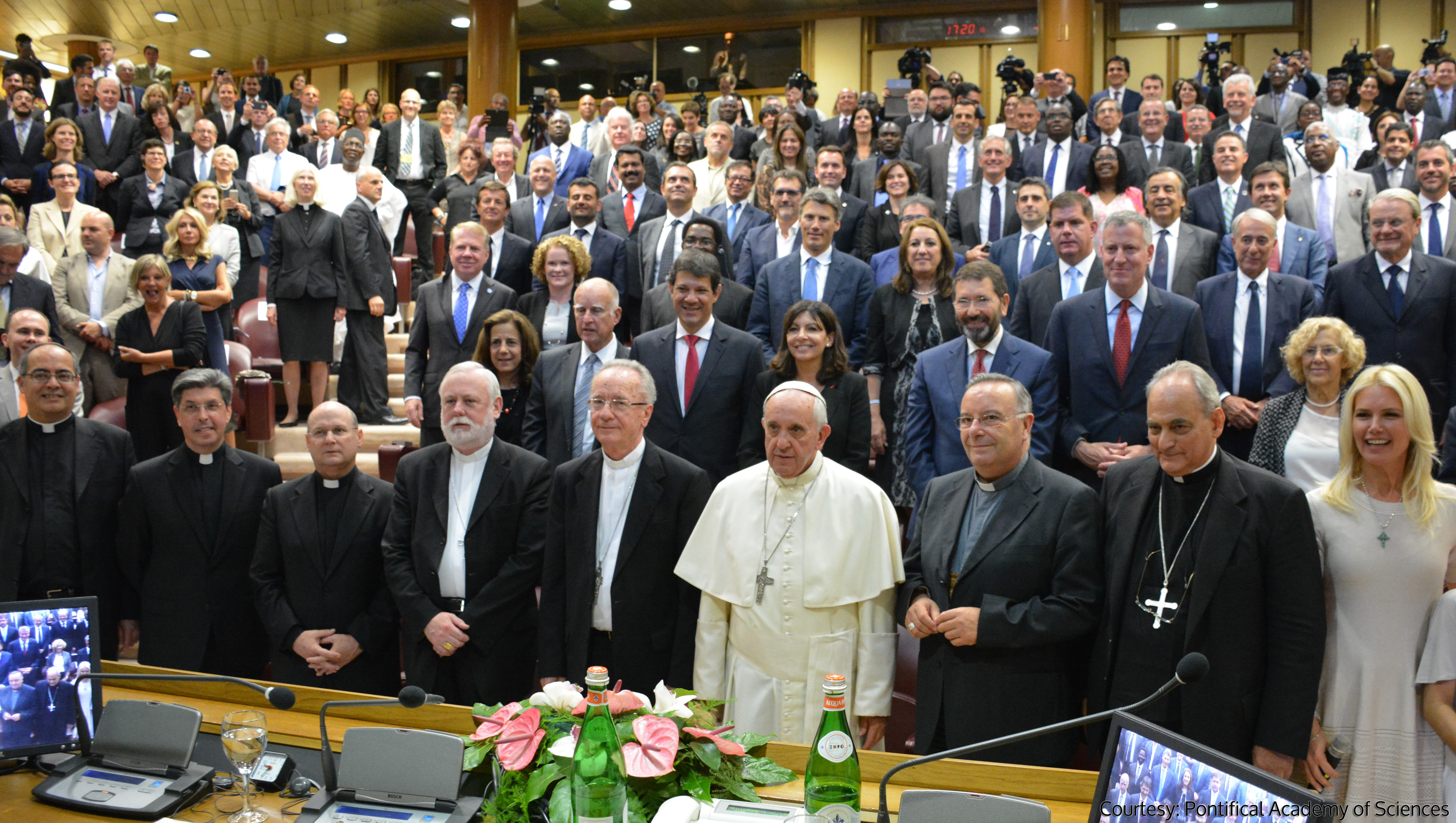 Pope Francis, speaking in an incredible 500-year-old building at the Pontifical Academy of Sciences in Vatican City, told me and 60 other mayors that addressing climate change is a moral imperative for humanity.

That was a moving experience for city leaders. When the network of C40 cities, working together to fight climate change, gathered for a summit in Johannesburg early last year, we felt we were banging at the door, trying to be heard. This time, the Vatican deliberately focused on us, mayors, to mobilize grassroots action. 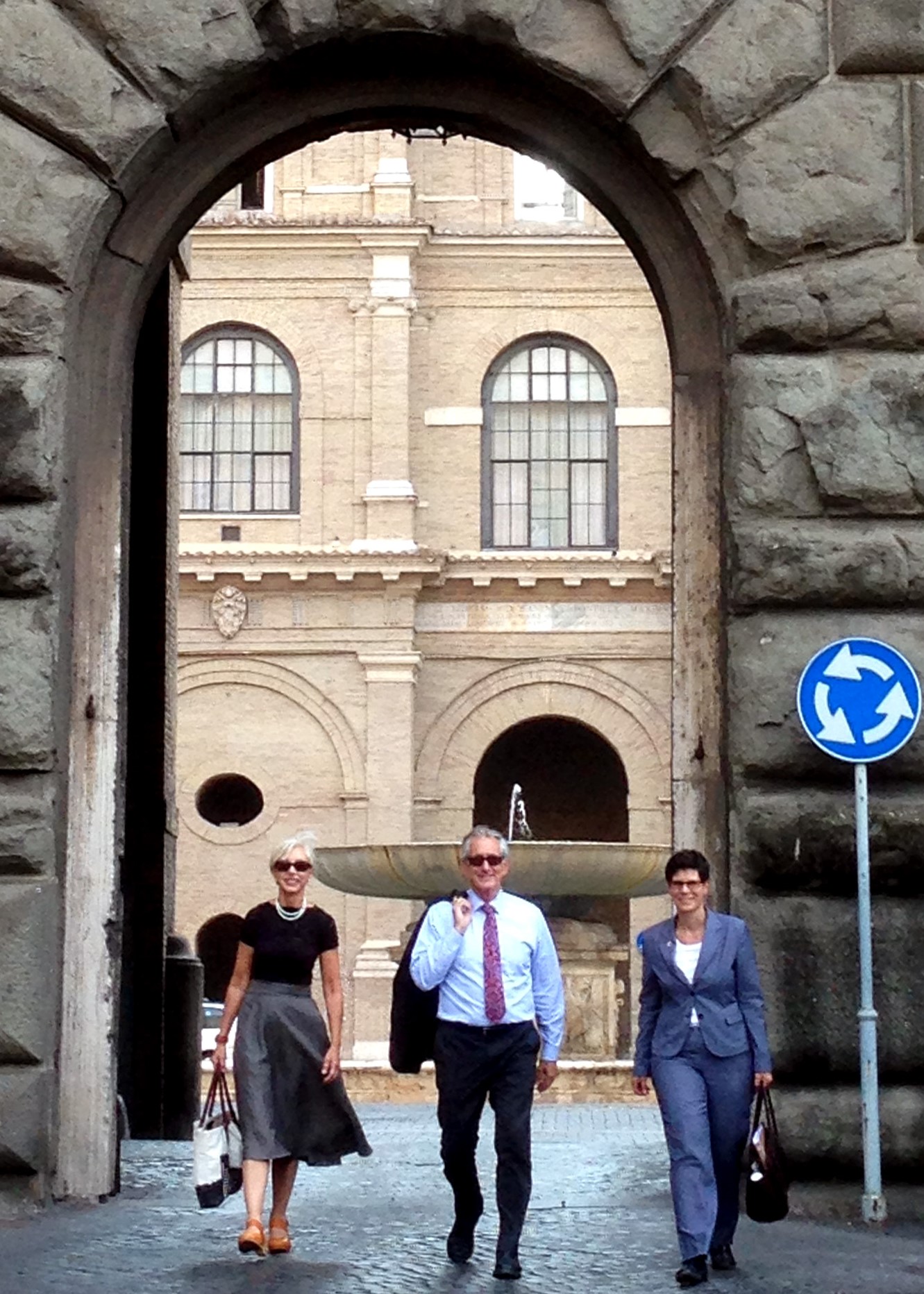 Maybe just as powerful was a phone call I had the very next week with a young Portland “kayaktivist,” after the protest in Portland against Shell drilling in the Arctic. She articulately expressed the fear for her generation’s future if our generation doesn’t act on climate change. The reality is, while climate change could be even more catastrophic, it’s not too late to do something about it. If we’re aggressive about carbon reduction, we can, city by city, make a difference.

Government’s role, my role, is ensuring climate action isn’t just about being smart, but also about being equitable. Improving access to the tools that make Portland a leader in sustainability and in the fight against climate change will have a twofold benefit: reducing carbon emissions and building a City of Opportunity — a Portland that is affordable, livable and equitable.

Shortly after my trip to the Vatican, I was invited by the White House to President Obama’s Clean Power Plan announcement. Like the pope, President Obama was clear that climate action is a moral issue: “If you care about low-income, minority communities,” he said, “start protecting the air they breathe.” Both leaders made the connection: It’s about both planet and people.

Portland’s updated Climate Action Plan, adopted in June, sets us on the path to a more equitable future, with ambitious new goals that emphasize access to resources and advancing equity through climate action. I was on the City Council that adopted the first Climate Action Plan and put Portland in the vanguard of addressing climate change. Twenty-two years later, our city has reduced carbon emissions 13 percent from 1990 levels, even as population grew 26 percent and jobs 12 percent.

Likewise, I believe we will make progress through our new challenges. We have passed energy performance benchmarking to require large commercial buildings to track energy performance, calculate energy use, and report to the city — helping to reduce carbon emissions and save money. We were one of the first cities in the country to pass a green bonds resolution, setting the City on the path to use green bonds and other tools to finance projects that have environmental benefits. We have directed City bureaus to keep Portland on a path of reducing local carbon emissions by 80 percent from 1990 levels by 2050. These policies out of my office are a start, and there’s more the City must do to keep up this momentum.

World leaders have done us a favor, capturing popular attention and making climate change both a moral and political issue. As the world faces the reality of climate change, we in Portland must continue to be trailblazers. Innovation and change happens at the local level; if enough cities and our partners — that’s you, Renew Oregon! — do the right thing, we’ll have a global impact. But we can’t just be green, we must be green, affordable, livable and equitable at the same time — a true model of shared, low-carbon prosperity, a City of Opportunity for all Portlanders.