They sound like change, progress, activism, excitement and so much more.

The Renew Oregon team had the opportunity to join over 200 people for Lobby Day trainings and meetings at the Capitol on Wednesday, February 3.

Between the training and meetings with legislators another 200 people showed up for a rally on the Capitol steps. The rally was huge! It was larger than we expected, and in typical Oregon fashion, it grew in spite of the rain. 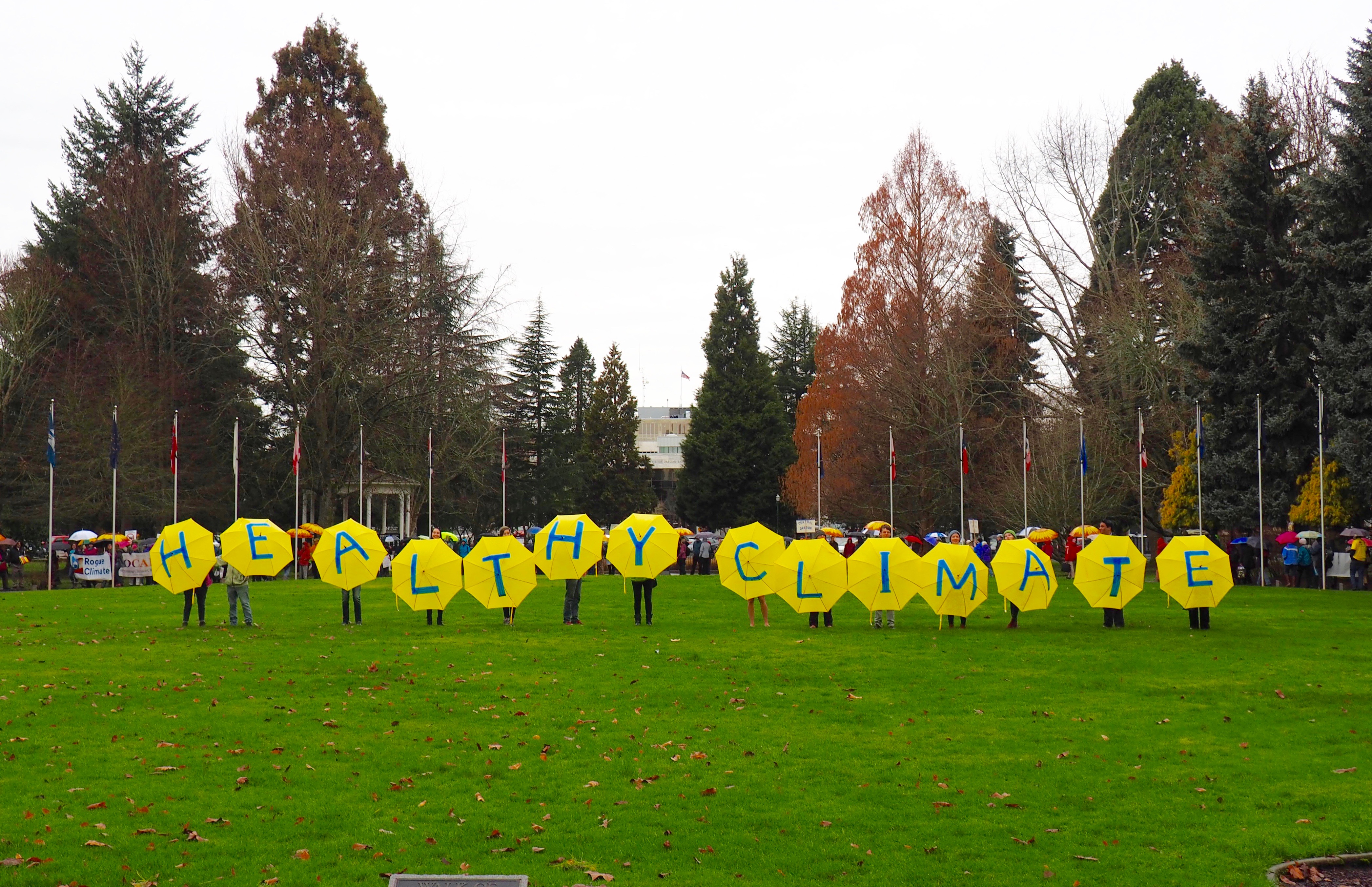 The day was an important one for our coalition. With two important bills moving through the short session, we had to send a strong message that Oregon wants climate action NOW!

Legislators heard that message loud and clear. Throughout the afternoon they kept remarking that they heard our rally from their offices and meetings and couldn’t help but walk to the window to catch a glimpse of the enormous crowd.

We had high school students join us from across the state to tell their senators and representatives that they wanted to inherit an Oregon that was on the path to hit carbon reduction goals and build the clean energy economy.

Groups of 5, 10, and even 20 constituents at a time were meeting with their legislators, telling them the wanted action now. We know the message was heard loud and clear, after all, how can you ignore 400 people standing on your front step?